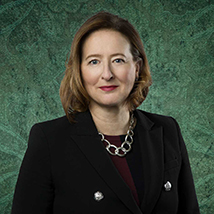 Professor Carolyn A. Wilkins is a renowned international expert on monetary policy. She joined Princeton University’s Griswold Center for Economic Policy as a senior research scholar in January 2022 for a two‑year term. She also sits on the Bank of England’s Financial Policy Committee as an external member and on Intact Financial Corporation’s Board of Directors. She is an Advisor to RiskThinking.AI and a Mentor for the blockchain stream at the Rotman School of Management’s Creative Destruction Lab.

Prior to these appointments, Carolyn had a distinguished twenty‑year career at the Bank of Canada, serving as Senior Deputy Governor from 2014 to 2020, setting monetary and financial system policies with the Governing Council, and overseeing strategic planning and economic research. She has made important contributions to international financial policies over her career, including as the Bank of Canada’s G20 and G7 Deputy and member of the Financial Stability Board. 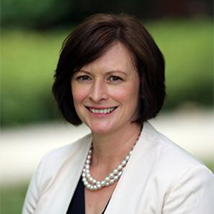 Renée Fry‑McKibbin is a leading Australian academic on macroeconometrics and the Interim Director of Crawford School of Public Policy in the College of Asia and the Pacific. She is also the co‑director of the Finance and the Macroeconomy research program and the Commodities and the Macroeconomy research program within the Centre for Applied Macroeconomic Analysis (CAMA). Renée also holds positions as a research associate in the H.O Stekler Research Project on Forecasting at George Washington University, and the Centre for Applied Macro‑ and Petroleum Analysis at the B.I. Norwegian Business School. She is a Fellow of the Academy of Social Sciences in Australia where she is Chair of the disciplines in Panel B: Business and Economics.  She is a board member of the Australasian Macroeconomics Society, Editor of the Economic Record, and an Associate Editor for Finance Research Letters. 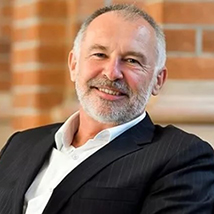 Gordon de Brouwer is Secretary for Public Sector Reform, a two‑year position appointed by the Prime Minister to lead and implement public sector reform, working closely with the Public Service Commissioner and reporting to the Minister for the Public Service. Before starting his appointment on 1 July 2022, Gordon was Professor of Economics, jointly appointed to the Crawford School of Public Policy and College of Business and Economics. He is committed to public value, high‑quality policy and implementation, and effective government.

Gordon has about 35 years' experience in public policy and administration in Australia, including as Secretary of the Department of the Environment and Energy (2013‑17) and senior roles in the Department of the Prime Minister and Cabinet (including Associate Secretary of Domestic Policy Group and G20 Sherpa, 2008‑13), Treasury (2002‑08), ANU (Professor of Economics, 2000‑02) and the Reserve Bank of Australia (1991‑99).

Before returning to the public service, Gordon was a Director of the Australian Nuclear Science and Technology Organisation (ANSTO) (including Chair of the Risk and Audit Committee) and the Committee for the Economic Development of Australia (CEDA). He was a member of the Advisory Board of the Nature Conservancy Australia and the Reef Resilience and Adaptation Program. He was National President of the Institute of Public Administration Australia, Chair of the Australian National Committee of the Pacific Economic Cooperation Council (AusPECC), a facilitator in Jeff Whalan Learning Groups for senior public servants in Australia and New Zealand, and a senior advisor in the Economics Program at the Center for Strategic and International Studies, Washington. D.C.

Gordon has a PhD in economics from ANU. He was awarded a Public Service Medal and made a Knight in France's Legion of Honour for his work on G20 and public service.